Back in September, Codinghorror wrote a popular post on the state of android Javascript performance on Discourse’s Meta forum. It drew a lot of attention, and led to some fascinating discussions on our forum and behind the scenes with browser engineers.

The poor performance of Discourse on Android was already old news to us at that point: we started paying attention several years ago, and have spent some time contributing to the Ember.js community tools to help profile application performance, in particular the “Render Performance” tab on the Ember Inspector, and the ember performance suite.

Over time, we’ve seen some modest performance improvements in newer Ember.js releases. In particular, the HTMLBars upgrade resulted in a roughly 25% boost. However, rendering topics was still approximately 6 times slower on the top of the line Android device versus the equivalent iPhone.

After years of waiting for a breakthrough in Android or Ember performance, we decided it was time to to take the nuclear option: we replaced the Ember rendering engine for our most common view with a custom virtual DOM based renderer.

The results have been fantastic: 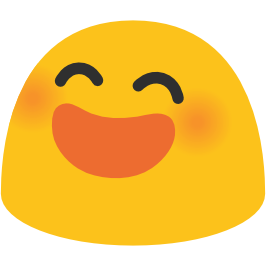 On a Desktop PC, the speedup is a nice touch, mainly if you are an avid Discourse user.

On Android, it’s a huge quality of life improvement. Going from over 4 seconds to around half a second completely changes the experience you have on a forum.

Ember’s rendering system is made up of a hierarchy of components. Every template that you render is backed by an instance of a Component class, and it manages the lifecycle of the template as well as delegating events to actions. Components can contain other components, and can use helpers to control flow. Here’s what a typical template looks like:

In the above example, avatar-link, poster-name, post-controls and post-links are all custom components that are displayed on every post. Each one would have its own handlebars template similar to post.hbs, and probably also a Javascript file to handle clicks and other interactions with it.

Ember also handles data binding for you. In the above example, if the post.author or post.body changed, the template would automatically update. During development, this means you spend a lot less time thinking about how to update your user interface. If you want to change the body of a post, just call post.set('body', 'new body') and you’re done!

Behind the scenes, Ember does a lot of work to wire all this up. It keeps tabs on all the properties that can change, which components they belong to and so forth. If you’re only rendering a few posts, the overhead involved in this is small, but as you render more things with more details, it can add up.

It can’t be understated that all performance issues are about tradeoffs. I think Ember does the right thing here and focuses on apps that are organized and scale up as you add more features. For the vast majority of views in your application, the framework overhead will not concern you. However, if you are rendering many nested components with many bindings, the situation can become pathological.

Every time you see a blog entry that says “by switching our codebase from language X to language Y, we improved our performance by a factor of Z!” you should realize that there’s an important detail omitted: When you re-write code, you have the full domain knowledge of the problem it solved the first time around. This knowledge goes a long way towards making it faster, because you know exactly what you need to do to get it to work.

For example: every time an Ember template encounters a ``, it sets up a binding to make sure the template updates when the underlying property changes. This is a good default to have, but what if you know that the property will only change following an AJAX request? You can use this knowledge to render significantly faster.

This is the general approach we took to rewriting our topic rendering. We thought about the bare minimum amount of work the browser needed to do to implement the interface we’d already built. How maintainable would that code be? Was there some middle ground, where we could gain significant performance but also keep the code reasonably clean and integrated with the rest of our Ember app?

Ember’s Components are also great tools to wrap third party Javascript, as they give you lifecycle hooks for when an element is inserted into the DOM and when it is removed. You can use these hooks to render pretty much whatever you want as long as you’re using Javascript.

Our approach was to create a single component, instead of a series of nested components, and when it was inserted in the DOM, to perform the rendering ourselves. We’d only re-render the DOM if the user performed an action on it or if our message bus told us to do so.

We looked around at various options for rendering quickly on the client side, and found virtual-dom to be very promising. It is only 8k when minified and gzipped, which seemed like a reasonable amount of code in exchange for a performance boost.

We didn’t want to sacrifice too much code quality, so we implemented a lightweight version of Ember Components called Widgets. (note: yes, I know Widget is very similar to Component, but a distinction was required and hey… naming is hard!)

Widget are classes that, given a series of attributes and optionally some state, would emit a series of virtual DOM nodes to be rendered. If you wanted to render a button that increased a counter on click, the widget would look like this:

Widgets can render other widgets if they want too:

And you can mount a widget in any template template in our Ember application:

The existing actions in your Ember application can be triggered by templates:

You can send it up from a click event easily:

If your action returns a promise, once it is resolved the widget will re-render itself. Most of the time the rendering is handled automatically like this for you, but you can also trigger a re-render yourself by calling this.queueRerender(). Renders are queued up and coalesced nicely by leveraging Ember’s event loop.

After converting our old Handlebars templates over to be virtual DOM widgets, I have to admit I find creating HTML this way significantly uglier than just creating a template. It’s not so bad if the widget only has a little markup, but if there is a lot it gets a little unwieldy.

On the other hand, there are some major advantages to emitting HTML by hand. The fine-tuned control over the exact DOM I was creating came in very handy when rendering the gaps between posts in a topic which was clumsier in the ember implementation.

It also took me quite a while to convert the entire topic renderer over, because we have so much functionality hidden in there! The project took me about a month of full time work to knock out an alpha, and then another 3 weeks of fixing bugs and to develop an upgrade path for our plugin authors.

It did feel good to refactor some of the oldest code we had, though. I also added a couple of hundred new acceptance tests. Traditionally the topic stream was not tested as well as the other parts of the site because its code was the oldest and weirdest. I straightened all that out while I was in there.

Before setting out on a similar project, I’d ask yourself: are you okay spending a lot of time without adding new features, and in the process likely breaking a bunch of working stuff before you fix it again? Would you sacrifice some code quality for a speed improvement?

Those are the major trade offs we made, and I believe it’s worth it because Discourse is quite a popular project used by many people. The 5-7x speed improvement will add up across all the forums in the world, especially with all of the Android users who browse it.

Going forward, we are likely to improve the widget system even more. I’d love to hook into the HTMLBars complier AST so we could write some templates using Handlebars, so we are not supporting two very different ways of creating templates. I spent about a day looking into this now but couldn’t find sufficient documentation or public APIs, but I’m told that in the future it’s likely we will be able to do this.

Until then, full speed ahead!

Update: If you want to learn more about how the Widget framework works, I’ve written more here.